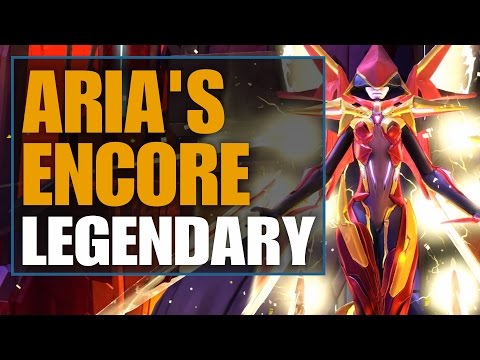 The legendary drop from Aria in Attikus and the Thrall Rebellion does some interesting things to the gear system in Battleborn. What potential could this have for the future of the game and its game modes? Because currently, the game’s gear is more balanced towards the multiplayer (PvP) side of the game. This makes the legendary gear some what lack luster in the story campaign (PvE).

Battleborn was marketed as the new game from the makers of Borderlands. If you then find out that there will be a loot system inside this new game, you are expecting somewhat of the crazy loot Gearbox did with Borderlands.  The one type of Gear I found noticeable was the one that let your enemies explode once you killed them with a critical hit. But the real impact wasn’t really there. Having these types of gear that can do crazy stuff is a lot of fun. . . for the story campaign because you don’t want these elements in a 5 vs 5 environments. As the gear in Battleborn is usable in every mode and by every character, there has to be a balance. The dominating factor on balance is the multiplayer mode.

But with the new legendary from Aria, gearbox added a new condition to the gear. The true power of this gear is determent by the amount of OPS Points you have in that mission. This creates a piece of gear that can scale with the difficulty of the mission and it empowers the player in a story mission without interfering the balance in PvP. Will we be seeing more of these types of gear that will have specific PvE or PvP conditions to them? In a recent interview with the Creative Director, he did mention that the are also releasing Gear that gives a factional bonus. If team members play a hero of that faction they will also receive the buffs.