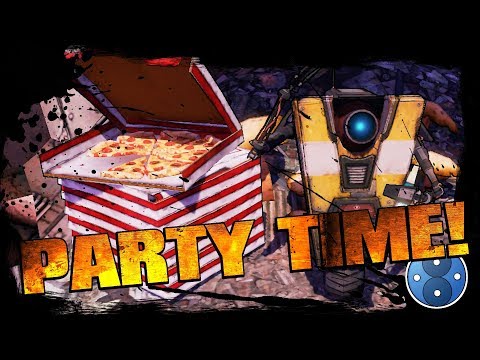 Are old marketing channels being revived to build up hype and promote Borderlands 3 or is some one at Gearbox  pulling pranks on us?

Hey Guys, I wanted to talk about a twitter message that stood out to me yesterday. This tweet was made from the @echocast account and If you are not aware of this account let me bring you up to speed. The Borderlands-related social media accounts are managed by Gearbox and 2K Games.

Back in the day, they would use the echocast account on twitter to promote upcoming Borderlands content. The account would be themed toward the content and one character would take center stage. This character would interact with the community if they were using the Echo Network to broadcast a message.

In the past, this has resulted in some fun but also strange tweets. However, here comes the strange thing; this account hasn’t been active for the last 2½ years! Yesterday out of the blue comes this tweet from Claptrap and “he” even interacted with a few comments. Yes, there was the whole #ItsMyPartyDay on Twitter and this tweet is a reference to Claptrap’s Birthday party from Borderlands 2 that no one went to.

But was it really just for that or should we read between the lines and see this as the start of a new marketing campaign? Because they could just have done this tweet at the official @Borderlands channel on Twitter as they did on Facebook.

This makes me question if the marketing team needs to build some traction to this account again. We did see the Gearbox account and the Borderlands account calling out the EchoCast tweet. So there is some weight behind it, but it wouldn’t be the first time that the GBX staff members are goofing around and this is all for laughs.

Therefore my question to you is; Is this the start of the Borderlands 3 Party or is Claptrap still looking for friends? Let me know in the comments what your thoughts are.