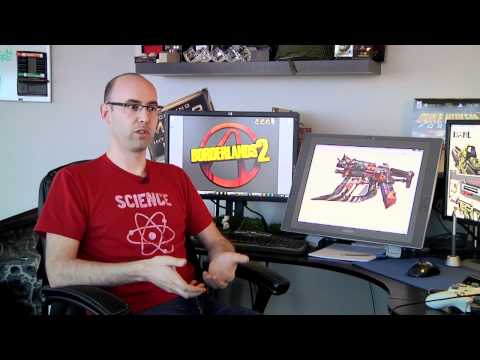 Jeramy Cooke talks about the design proces behind Borderlands 2’s antagonist, Handsome Jack. What was the idea about his design and how Hyperion was incorporated into the his consent presents within the game. That the Hyperion moonbase helped distinct  the difference between Borderlands 1 and Borderlands 2 screenshots.