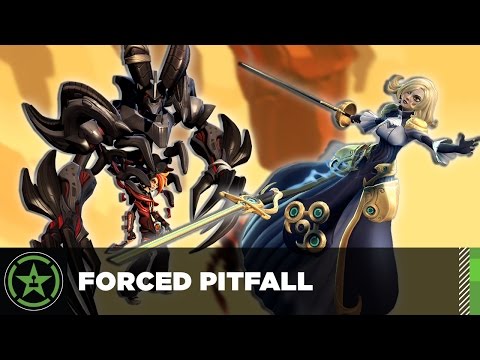 Some Battleborn heroes have a skill to pull in enemies against their will. For example Shayne can use Aurox to grab enemies from a distance and bring them in close for some beating. But what if you position yourself in a way that the enemy doesn’t have any surface underneath their feet? Exactly Insta-kills  become a insane troll action. You could abuse this like the guys from Rooster Teeth or try to make it a skill thing. On the next video we can see Kalo play Ghalt and use the hook to pull an enemy over the edge. I have seen videos of this skill in action where the Ghalt actually lands safe on the next edge of the cliff. Here is the forced pitfall  in action: