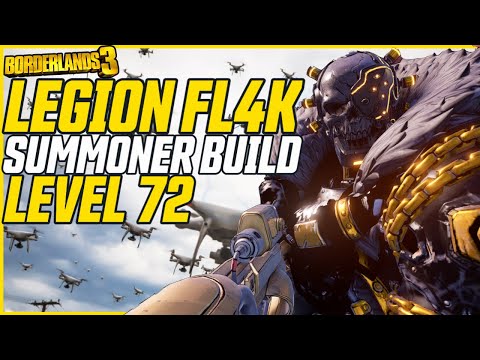 This build for FL4K is Moxsy‘s Legion 2.0 Build aka the Summoner build that lets you spawn infinite OPQ Drones. It’s a great setup for mobbing but also works on bosses. The trick is that you want to get your drone ammo from the OPQ System up to 2. You need to have increased magazine size on your class mod & artifact to do this. Then you and your pet want to deal as many critical hits as you can to feed the ‘Leave No Trace’ skill to refill the OPQ Drone ammo count. Shoot 1 drone, wait for it to refill back to 2 ammo before shooting another drone. Keep repeating this loop. You can use an Infernal Wish shield and the ‘Tw0 Fang’ skill to get additional drones.