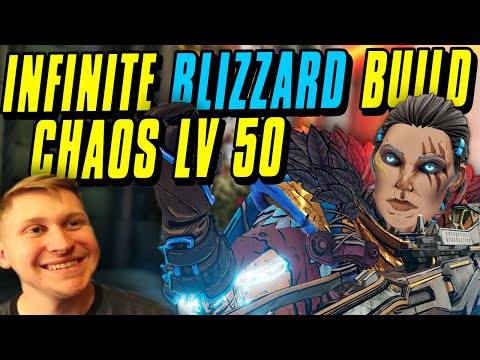 This Tiny Tina’s Wonderlands Build is made by Pugly. This is his LVL 40 build that combines the Spore Warden and Brr-Zerker character classes to infinitly spam blizzards.

You want the enchantment: “On Action Skill Start, increase Damage Dealt” on your weapons as this lets you double-dip with the “play the angles” skill