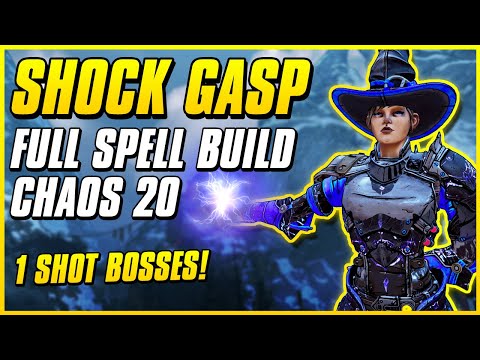 This Tiny Tina’s Wonderlands Build is made by Chadly. This is his LVL 40 build that combines the Spellshot and the Graveborn character classes and focuses on lightning magic spells to do crazy damage.