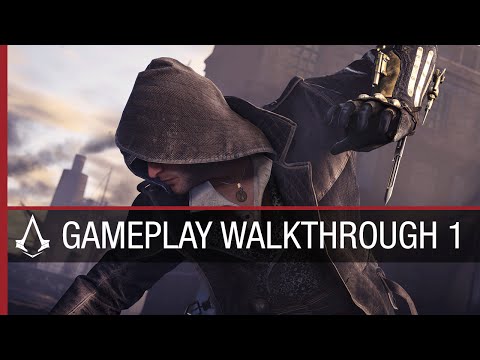 The first gameplay footage of  Assassin’s Creed Syndicate takes place in Londen 1868. It’s in the midst of the Industrial Revolution, an age of invention and prosperity, built on the backs of working class slaves. In this Alpha Footage  we join  gangster assassin Jacob Frye as he races through the streets of London as he  take down rival street gangs and bring justice to a city choked by corruption and greed. You will recruit your gang to fight for justice on behalf of the oppressed working class. We see some new gameplay mechanics and some old one make their return.Ubisoft is building forth on the big open world mechanic they  do best.

Assassin’s Creed Syndicate will be available on Xbox One, PS4 and PC on October 23, 2015.