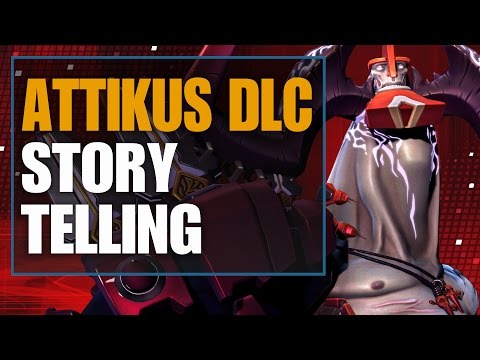 Exclusive Interview and video content of Attikus and the Thrall Rebellion. In this video, I talk with the Creative Director, Randy Varnell, about how Gearbox Software approached storytelling inside their game with the coming story Operation. How narrative is delivered and how this is inserted into to the mission and enhancing replay-ability. How Gearbox ended up with the film noir style like Sin City. Attikus and the Thrall rebellion is the first PvE DLC for Battleborn and will be released on October 13th, 2016. All five of the upcoming Story Operations are included in the Season Pass and Digital Deluxe editions of Battleborn. If you’re not already on-board for the DLC, each Story Op is $4.99 USD and can be purchased individually for 700 Platinum in the in-game Marketplace.