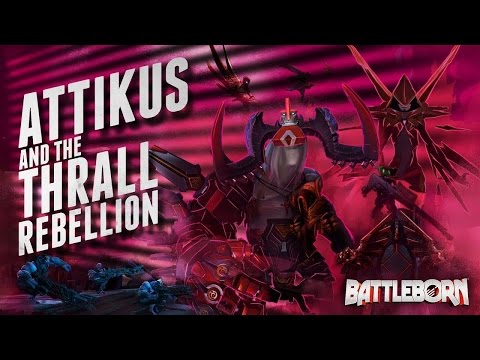 Stand up and fight for the Thrall! Relive the third Thrall uprising that sparked a revolution within the Jennerit Empire. Run through the slums of the planet Tempest and see what motivated Attikus, firsthand – all with a film noir flair.

“Attikus and the Thrall Rebellion” is the first of five Battleborn DLC Story Operations. Each Operation expands on the Battleborn universe and drops you right into the middle of the action. Story Operations are available as part of the Season Pass and Digital Deluxe edition, or can be purchased through the in-game Marketplace.