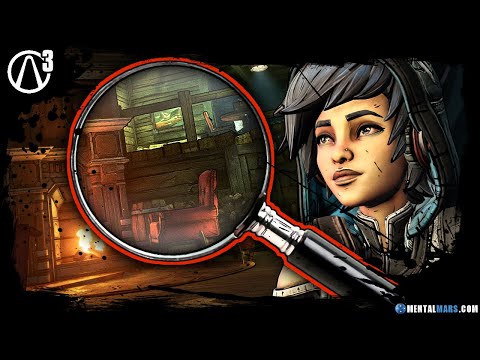 Borderlands 3 the Director’s Cut comes with a series of additional missions that feature Ava. You will be joining her to solve murder mysteries as she is convinced that there are some supernatural slayings going on.  Ava decided to report her findings in Podcast form and you are deemed to be her Co-Host. This adventure spans across the universe. Throughout your journey, across the various planets, you will be accompanied by fan-favorite characters like Clay and Lorelei.

Sam did have the overall story done and even a level designer had been working on some level designs. Now with the Director’s Cut, Gearbox was able to go back to this idea and implement it into the game.

The community feedback surrounding Ava has had a lot of mixed responses. Some loved her, while others are on the other end of the spectrum. With this DLC, Gearbox wants to give the full experience. Because Ava isn’t just your whining teenager.  Throughout these missions, you will find out that she is passionate about other stuff. You will uncover a different side to her and even discover some things that tie back to the main story.

The Director’s Cut will be available on March 18, 2021. It’s part of Season Pass 2 but you can also purchase DLC6 individually. When you already finished the main game you can jump into this adventure right away. When you are starting a new playthrough, you will unlock the various missions throughout your playthrough as you gain access to the various planets.

There will be new locations opening up on Pandora, Promethea, Eden-6, and Nekrotafeyo. Sadly, Athenas isn’t on the list. This is the only planet with just 1 area.

These Murder Mystery Missions are beefy quests and you will be able to obtain new loot through them.