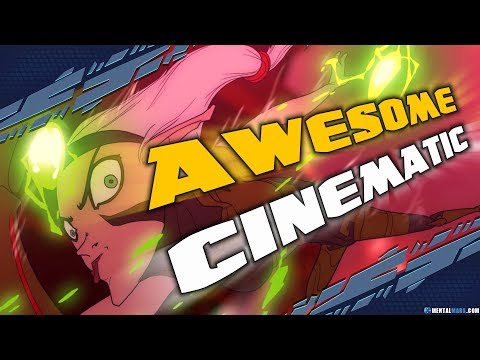 Get ready for the ultimate Saturday morning cartoon! The Battleborn openings cinematic is one awesome anime introducing you to the backstory of the game.You first get showed this once you start up the  prologue mission. The first mission functions a bit like a tutorial where it teaches you some of the basics of the game. This is focused on the PvE Story side and not on the PvP Multiplayer side of the game.

The first time that I saw this Japanese-inspired anime I had a BIG smile on my face. It was at a press event at the 2K UK office. I was invited for this secret press tour where Gearbox and 2K Games showed off the new Incursion multiplayer mode. When they played the opening cinematic I was enjoying the video and I wanted to scream like a big nerd, however, since the room was filled with professionals it felt out of place.