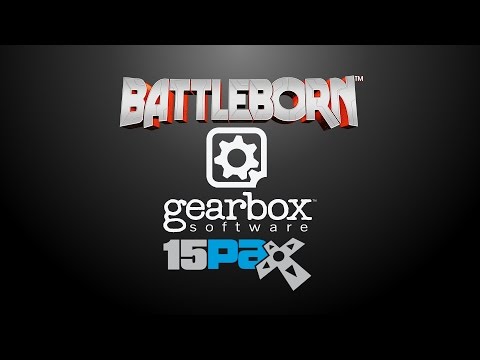 In case you missed it or want to watch it again… well get ready for the main event of the ‘Inside Gearbox Panel’, Battleborn at Pax Prime 2015 ! See how the development team gets wild and off track with some hilarious battle chatter. Learn more about the story and some of the playable heroes in the game.

You can collect loot/gear throughout the game but as you level up your character you can unlock mutations. These add different choices in your Helix Skill Tree. Where you normally would have 10 levels with each 2 choices, you now can get 5 alternate skills. On some levels you now don’t have 2 but 3 skills to choose from.

During the presentation there is one slide that has two different outfits for Marquis.