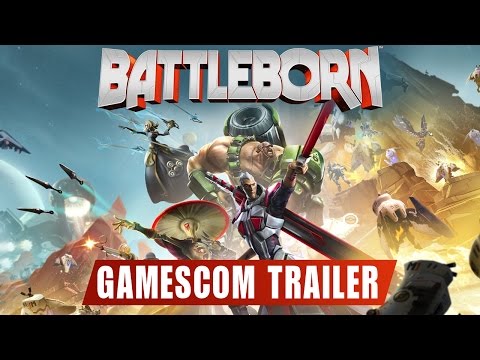 At the end of my Battleborn presentation at gamescom Gearbox showed off a new  trailer for the game. Within this action packed trailer we see that the creators had some fun making this video. Not only does it show of the gameplay but does it with a sense of humor. Because games are meant to be fun and Gearbox is here to entertain the world. While the trailer shows of some of the features of the game you also get a glimpse of  the four new heroes in action that where introduced at Gamescom.

And if that’s not enough, they also introduce the Gear system of Battleborn. So if you liked the loot aspect of Borderlands, well that’s  somewhat also coming to Battleborn. Want the learn more about the gear check out page 3 of my Battleborn Hands on article.