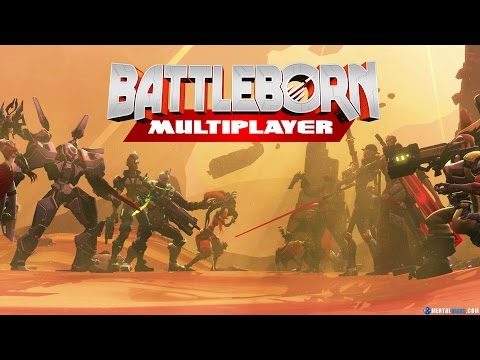 The first battle in Solus wasn’t with the Varelsi but with each other. As the Battleborn heroes gathered around the last star, they all wanted to determine the outcome of the Universe and how to proceed towards the future. Because all five factions had different opinions about this…well it wasn’t a pretty sight. Battleborn features a fully fledged 5 versus 5 competitive multiplayer mode, where players can fight for victory in three different game modes.

Teams of heroes must defend their base from waves of AI-controlled minions while working together alongside their own minions to destroy their opponent’s base.

Teams of heroes face off in a fast-paced deathmatch and must capture and hold objectives on the map to win.

Teams of heroes must guide their minions as they march to their death at the center of the map. Points are scored for every minion who throws themselves into the incinerator, and the team with the most points wins.