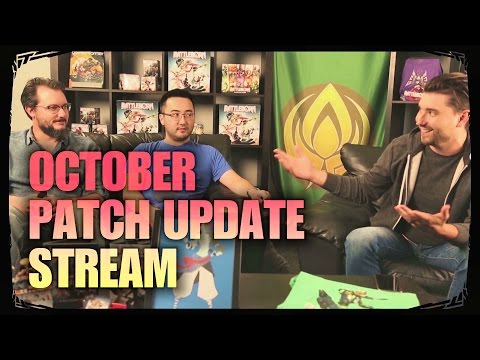 Thursday 29 September Gearbox Software did one of their live streams again and this days topic was the upcoming October Patch.  Like mentioned during the beginning of the stream some of the info was reported earlier on this website. While some of those things weren’t  set in stone back then, it looks like a lot of that is coming to the game. Joe (Community Manager), Randy Varnell (Creative Director) & Grant Kao (Balance Designer) give some additional info and add context why these changes  changes are made. Here are some of the changes that are coming on October 13 :

REMINDER: These are not all the changes coming to Battleborn the full  patch notes will be posted alongside the upcoming Battleplan. Once published the patch notes will also be available here on the site.