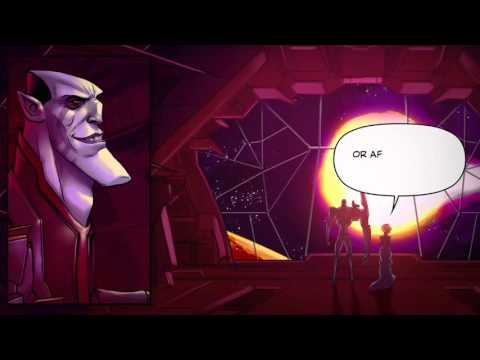 As Penarch is nearly veiled, Rendain relishes in his success and looks ahead to the inevitable destruction of Solus, The Last Star. While unbeknownst to him his closest advisor has other plans.

Meanwhile on the ground on Penarch Prime, Benedict has been pinned down by the Varelsi horde. His friends Oscar Mike and Montana attempt to join his position.

Penarch is nearly darkened, and anyone left on the surface has little time to escape. Ghalt and his U.P.R. soldiers are ordered to evacuate immediately, but he doesn’t intend to leave anyone behind.

After the events of these prequel motions comics the main story of Battleborn starts. The game starts with an awesome intro cinematic during the prologue mission.