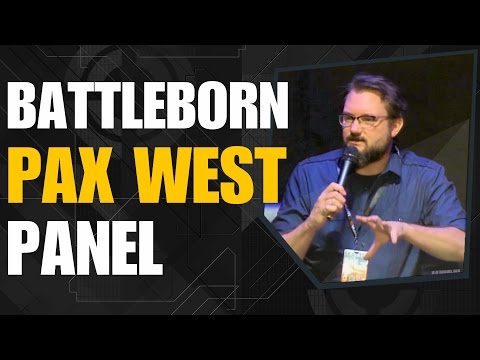 During the “Inside Gearbox Panel” at Pax West 2016 Gearbox Software showed off the upcoming story operation (dlc) “Attikus and the Thrall Rebellion” for Battleborn. The Creative Director and one of the Producers of Battleborn talk us through a small segment of this mission. Attikus and the Thrall Rebellion downloadable content is going to be release on Oct 13th 2016. Also the team talks a bit about the next free dlc hero, Kid Ultra, who he is and where he comes form.