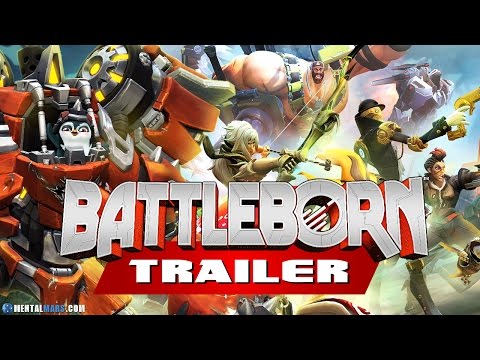 A new epic trailer for Battleborn showing off how BADASS the game is! This trailer was first showoff at the Playstation Experience in San Francisco. Although there isn’t a lot of new gameplay footage the montage is good (Except for the part where Montana’s bullet get sucked back into his mini-gun instead of spitting them out).  During PSX Randy Pitchford also announced a new hero and some Battleborn Beta info.