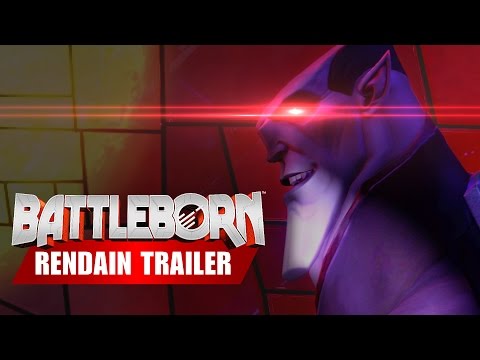 This exclusive Battleborn trailer comes with an interview with Battleborn’s Creative Director Randy Varnell.  Within this trailer and interview we get to learn more about the villain . What are his motivations and why Gearbox focusses on good opponents. Did Handsome Jack from Borderlands served as a template for the new villain. And who knew that Mr. Torgue would do the voice of Rendain, that’s just pfffff…

If you did read the interview by now there is  a little thing i would like to point out and that is the motivation of Rendain.

The long-time motto of the Jennerit Empire is “Any Deed. Any Price.”

Rendain, at the core, isn’t selfish. Racist, maybe, and definitely ruthless, but not selfish. For Rendain, preservation of the Jennerit empire – Randy Varnell

So if we combine these two quotes: “preservation of the Jennerit empire” +  “Any Deed, Any Price”. This could mean Rendain isn’t  trying to be the bad guy but trying to be the hero. Only the cost are for some higher than they would like, but Rendain would pay any price. If the Varelsi are eating our dimension and not their own that could mean that there is life on the other side. Our universe will fall so you better have a ticket to the other side. BUT HEY THAT’S JUST, A THEORY A GAME THEORY!!!  For real Game Theories check out MatPat’s Youtube channel.