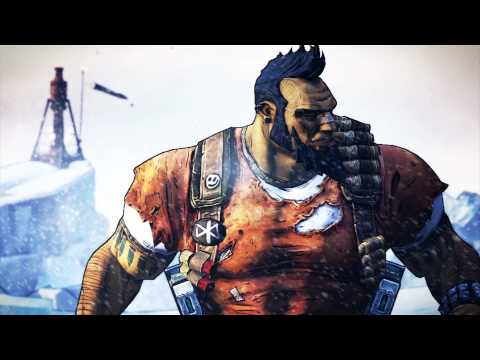 The first Borderlands 2 footage showing of one of the playable characters, Salvador. With this trailer Gearbox Software is showing that they are bringing more BADASSNESS and more diverse landscapes.

As the camera is turning around this vault hunter you see a shift in scenery, the first Borderlands was criticized because of its lack of color and diversity in environments.

This time around we see a snowy icescape and a grass field, two things we haven’t seen in this franchise before.

So the main character in this video is Salvador, as he starts shooting with his first gun, a bandit assault rifle it doesn’t take long before a second gun pops up in his other hand, a Jacobs assault rifle.

This teaser not only shows diversity in the environment but also with its weaponry. Salvador’s action skill will be that he is able to dual-wield any two guns in the game.

Also, we see new enemy types, the beast with the four arms is a Bullymong, they live in the icy parts of Pandora. The second enemy is a Hyperion loader bot, known as XP-Loader.

I was already a fan of the original Borderlands but the announcement and this teaser trailer of Borderlands 2 have me excited!