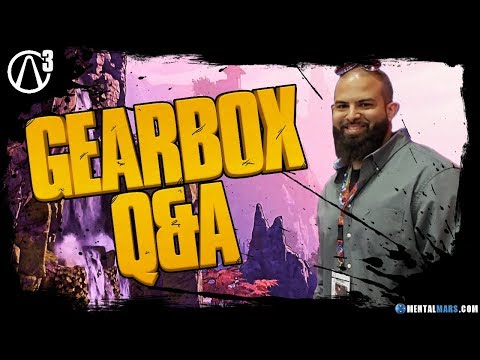 I got clearance from 2K Games to archive the Q&A section from twitch stream onto Youtube.

Mitsu and Tess invited Anthony from Gearbox Software to the BorderCast. There they asked him everything about Borderlands 3 and what was shown at E3. They offer their opinions and perspectives throughout their conversation. For the Q&A Summary, I have shortened some of the questions and only gone over the essence of the question and answer.