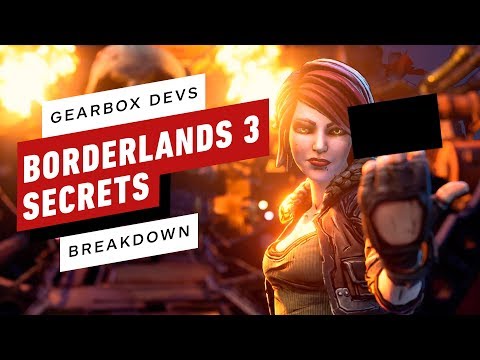 Randy Varnell and Paul Sage from Gearbox Software walk us through some secrets we may have missed in the new Borderlands 3 E3 trailer. I also did my own analysis of the trailer and found a lot of things that are not covered in this developer breakdown.

There are a few more tip bits if you watch the video. But these are a bit of the general outlines. If you want more hidden details then check out my 20 things you might have missed article.