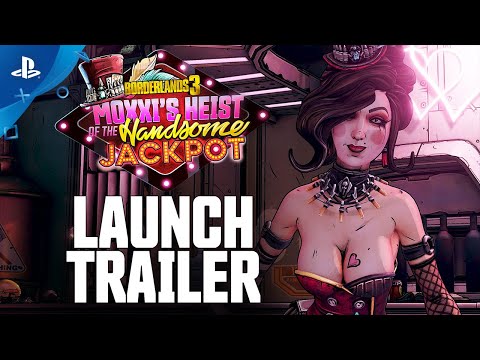 MOXXI’S HEIST OF THE HANDSOME JACKPOT

Moxxi’s Heist of the Handsome Jackpot is the first story DLC for Borderlands 3 and is now available for PC, Xbox, and PS4. It will later become available on Google Stadia. The add-on content is part of the season pass, which is included in the super deluxe edition of the game. You can also purchase Moxxi’s Heist of the Handsome Jackpot for $14.99 on the digital storefronts.

In this Story campaign add-on, you will join Moxxi’s crew to take control of Handsome Jack’s Casino called the Handsome Jackpot. During your quest, you will encounter new enemies, make new friends, and find a new LOOT! This DLC adds new Legendary items, skins, heads, and trinkets.