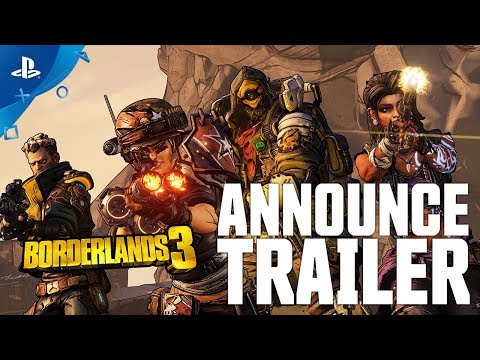 The king of the shooter-looter genre has returned. In this game, you will be able to play as one of the four vault hunters. In this mayhem-filled adventure, you will be taking on the Calypso Twins. These two cult leaders are recruiting all the bandits to take over the galaxy.

During your adventure, you can equip yourself with an arsenal of weaponry. Borderlands 3 will be packed with gazillions of guns. You can level up your character and upgrade your skills and abilities.

You can play Borderlands 3 solo or co-op. It doesn’t matter if your friend isn’t on the same level as you. The game with scale appropriately for each player. So you don’t have to worry that you got the short end of the stick when helping out your buddy to catch up. A great thing is that Borderlands 3 will have crossplay so you will also be able to team up with a friend on a different platform.

I got this info pretty late and had to leave for work. Here is the fact sheet. I’ll update out once I get home.

What’s Back and Better Than Ever (Franchise Features)