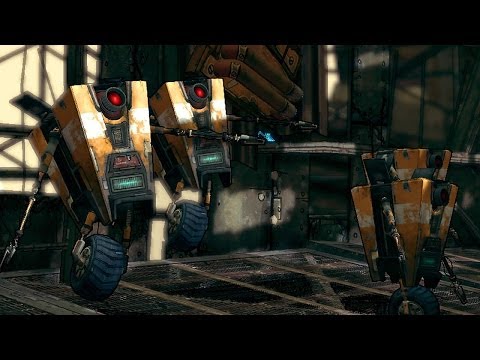 Claptrap’s New Robot Revolution invites single-player and co-op fans back to try to suppress a deadly Claptrap revolution using one of the four infamous vault hunters.

The foursome find themselves caught in the crosshairs of a deadly civil war between the Hyperion Corporation’s well-armed armadas and the ever-amassing army of homicidal Claptraps led by one of the most eagerly awaited characters in the franchise’s history – the cunning Ninja Assassin.

As vault hunters, players must put aside their past differences with the Hyperion Corporation, namely the organizations repeated attempts to wipe them from existence. For a hefty payday, they will join forces to help beat down the mechanical uprising and thwart the dastardly kung-fu expert, the Claptrap known only as Ninja Assassin.