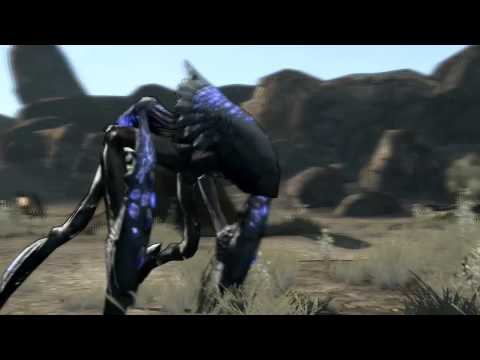 This is the first Borderlands teaser trailer after Gearbox Software changed the visual art style of the game.

Borderlands is a unique First Person Roleplaying Shooter as it combines RPG elements in an FPS game. You get to play as one of the Vault Hunters that is in search of a mysterious Alien Vault. At least, that is what the legend says, however, no one has ever found it.

Throughout the trailer, we quickly see a montage of various locations of the harsh frontier planet Pandora. There are Psycho Bandits, Skag, and Spiderants waiting for you and your friends as you can play this game with up to four players at the same time. They can jump in or drop out at any time.

Borderlands is the first Looter-Shooter as it features a groundbreaking content generation system that creates a near-endless variety of weapons and items to customize your character!

We get a glimpse of one of the playable Vault Hunters, as we Lilith “The Siren” Phasewalk