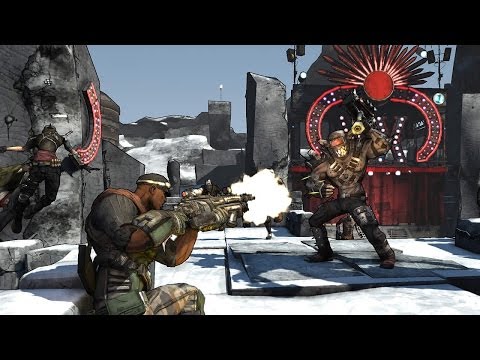 Mad Moxxi’s Underdome Riot is the second downloadable content for Borderlands. This DLC contains a series of battle arenas where you are going to fight against waves of enemies. Each round will throw something different at you and the finale is a challenging boss round.

Mad Moxxi’s Underdome also adds a back to the game that lets you store loot. This way you can hold on to all the great loot that doesn’t fit in your backpack. That cashier Claptrap looks great XD

Completing the 3 arenas will each grant you an additional skill point.

I wonder how the mutators will change the rules.

The music in this trailer is awesome!