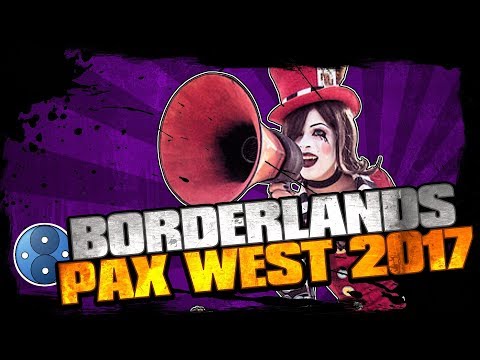 The Gauntlet of Romance

Here is a quick news update on all the information Gearbox Software revealed at PAX West 2017.

For you who missed it, this confirmation is one of my PAX predictions that came true. While Randy didn’t give any new info regarding the development, he did assure the community that they are on it. The reason why they still haven’t officially announced Borderlands 3 is because of marketing and consumer demand.

Gearbox and 2K Games want to do a proper announcement when the game is almost finalized and set in stone. Randy Pitchford mentions this in the E3 interview with Jeff Keighley.  If we look back at the Borderlands 2 announcement trailer people think there is a whole playable game there. However the only thing there is the render of Salvador, 2 early environments, and 2 enemies. Everything the developer mentions before the release of the game is implied as a promise. Sadly some people get upset because a game doesn’t contain the feature the developer aiming for and had to change because of development constraints. All I can say is have patience the next Borderlands is coming.

The Gauntlet of Romance

To break up the heavy information sections of the presentation Gearbox also does some entertainment. Most of the time Randy Pitchford does his magic tricks and sometimes they do a little sketch. During the Pax West Panel, they did “the Gauntlet of Romance” sketch, you can check it out in the video above. Sadly this was the second time they performed this sketch and personally, I would have liked it if they did something new. However, I liked that Gearbox invited a friend/community member to participate. Cosplayer and Twitch Streamer Enasni Volz was asked to play the part of Miss Moxxi which was really awesome.

Another noteworthy thing is the voice of Claptrap because the audio clips used for this sketch weren’t from the original voice actor. David Eddings who always did the voice for Claptrap isn’t with Gearbox anymore.  While personally, I didn’t really notice, the original claptrap did confirm it wasn’t him. So Gearbox isn’t just testing a new writer but also a voice actor?

Battleborn is getting some awesome Borderlands skins with the upcoming patch.