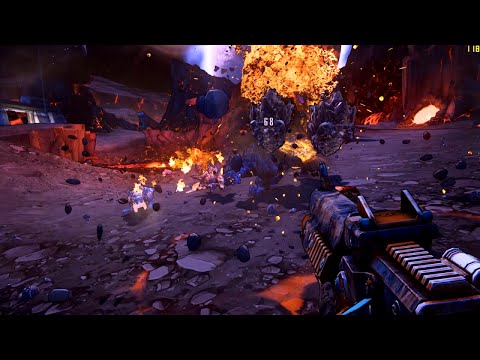 An interview session with James Lopez, Producer of Borderlands the Pre-Sequel, about the new upcoming video game in the Borderlands franchise.

James talks to Nvidia and sets up the story and talks about the various new gameplay elements. He also tells how Claptrap became a playable character.

Jim Sanders, Technical Director, also jumps in to talk about how they are pushing the particle systems and how they are utilizing Nvidia’s tech.

While this is more of an Nvidia promo trailer but I always enjoy how the devs passionately talk about their game.

Check out this trailer that showcases more of the Nvidia tech in Borderlands the Pre-Sequel. You can really see how Nvidia enhances the visuals of the game.

Borderlands: The Pre-Sequel: An Introduction by Sir Hammerlock AND TORGUE!
September 18, 2014