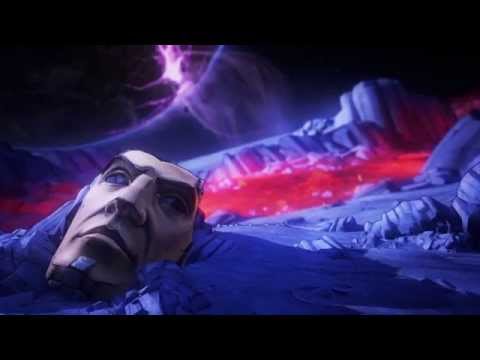 When Gearbox Software and 2K Games were ready to announce the new Borderlands game, Borderlands the Pre-Sequel, they started making a teaser trailer for it.

This was supposed to be the very first Borderlands the Pre-sequel trailer, but at a later point in time the decision was made to put out a different video, the trailer you know as the  Borderlands: The Pre-Sequel — Developer Overview.

But when Gearbox Software did an in-the-box panel on PAX they talked about the game but also showed off this teaser, not knowing if it would ever be released. Naturally, fans started asking about it, and TA-DA here it is.

While Handsome Jack is narrating the teaser shows off the first glimpse of the game.