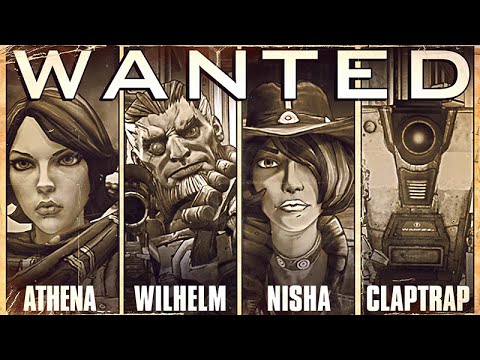 Handsome Jack’s back in Borderlands: The Pre-Sequel, and the fate of Pandora and its moon, Elpis, is in his hands… and the four unlikely Vault Hunters that he’s hired. With this trailer, we get introduced to these new (playable) characters.

Pandora’s last hope is not exactly the good guys, we know Nisha and Wilhelm as being some badass bosses in Borderlands 2. Athena from the General Knoxx DLC is guns for hire and Claptrap can’t help himself and is just claptrap. In this Last Hope trailer, we get for the first time to see how claptrap handles himself in action.

Claptrap’s action skill is called vaulthunter.exe and it’s a malware program, it analyzes the battlefield and will determine the best action skill possible.

Claptrap can do (almost) every action there was in a borderlands game and more! Like Gunzerking or throwing a mini-Claptrap onto the battlefield that functions as a turret.

That said, it’s Claptrap and things can go wrong, so during one of your action skills, you can encounter a low shield for example.