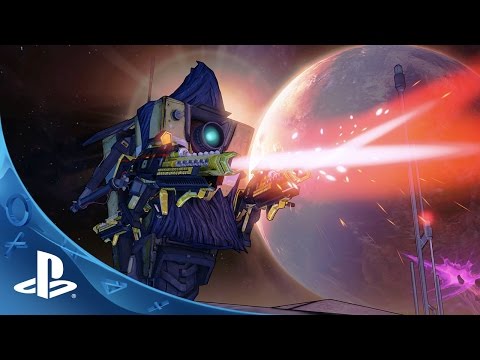 Borderlands the Pre-Sequel is shooting for the Moon, the Moon of Pandora that is. Elpis will be the main battlefield for this adventure, a journey where Handsome Jack hires four Vault Hunters to do his dirty work.

Jack who is still a little code monkey will take over the Hyperion Space Station and rise up as CEO of the Hyperion Corporation. On his quest, he will save the Elpis from the corrupt Dahl forces that stand in his way.

Play as one of the new Vault Hunter, Wilhelm, Nisha, Athena, or Claptrap to discover the untold story set between the original Borderlands and Borderlands 2 in Borderlands: The Pre-Sequel

Borderlands: The Pre-Sequel: An Introduction by Sir Hammerlock AND TORGUE!
September 18, 2014