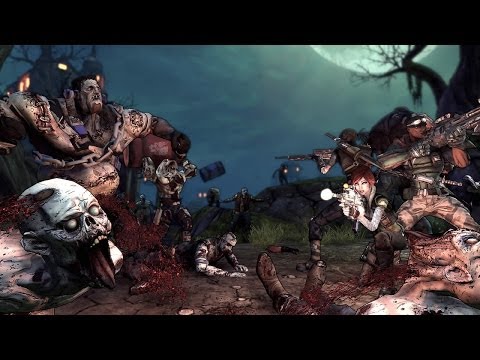 The Zombie Island of Dr. Ned is an add-on pack for Borderlands. This downloadable content lets you explore new areas and adds a bunch of new missions to complete. This DLC promises hours of new gameplay and new enemy types to eviscerate.

In the Zombie Island of Dr. Ned, you are invited by the Jakobs Corporation to explore the mysteries of our corporate-owned small town known as Jakobs Cove. However, there are rumors about Were Skags, Crawling Torsos, Exploding Tankensteins, and the so-called “undead” walking our streets. But these rumors are completely preposterous and the Jakobs Corporation officially deny them all.

This looks like the ideal Halloween DLC with all those Zombies and Pumpkin Enemies. Did I just see Frankenstein? Also, a badass with a loot chest on its back, how are we going to get that loot? The Jakobs Brand Vending Machines sounds interesting.