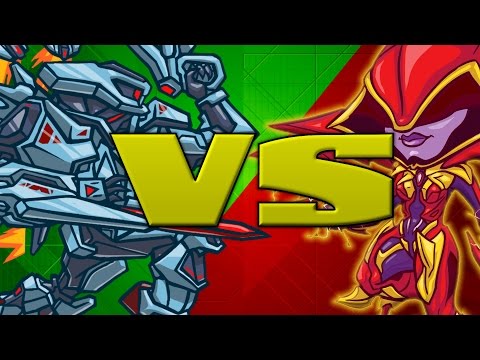 Because i wanted to look for the other Borderlands 3 Easter Egg inside the first Story Operation, Attikus and the Thrall Rebellion, and because i wanted to stack up on some Jennerit Commander Packs for the Release of Beatrix, I was playing Caldarius. So while i was at it i thought i’ll see if i can put up a good fight against Aria. Normally i don’t play Caldarius, because i always die very quickly as him. Especially playing Caldarius as a melee character my healthbar gets drained fast. So for this match i wanted to keep a bit of a distance between me and Aria. The one thing i like about Caldarius is his thrusters, being able to quickly out maneuver your enemies. It’s very satisfying to  dodge those Aria insta-kills at the last second.