More Info
Home » News » Can Tiny Tina’s Wonderlands Be Beaten In Under 1 Hour? 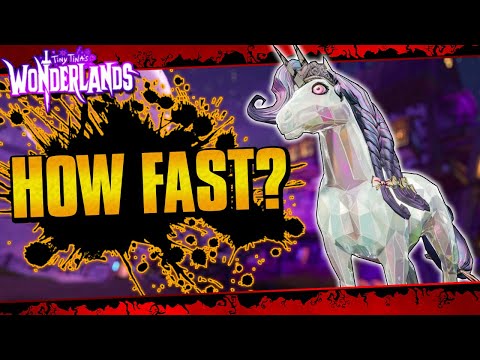 Joltzdude did a segmented speed run of Tiny Tina’s Wonderlands to see how fast he could beat the game. A segmented run means that you can retry portions of the game and only use the best version for your run instead of doing it all in one go. Also, he is doing a geared run so his character is fully specced out from the beginning, only the story progression is fully reset.

By equipping 2 Buffmeisters Jotlz can alternate between these spells. When one is on cooldown the other spell can be used. The Ruby’s Sprite has homing projectiles once you killed one enemy with it. Therefore, you will see Joltz going for one quick kill and then letting the weapon do its thing.

By Save-Quitting you can save some time as you don’t have to wait for NPCs to finish talking or for the game to unlock certain things. Also, by playing the audio of a Scroll, you can bypass the actual audio that’s triggered in the scenario.

Other tricks are rocket jumping, passing through walls, and slipping, sliding, and flying across gaps.