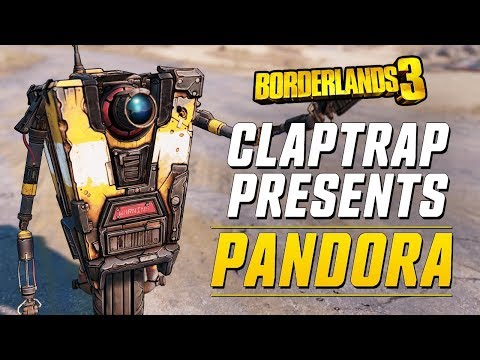 Join Claptrap and Steve on an awe-inspiring journey across the wilds of Pandora as they search for nature's most beautiful spitting and/or barfing creatures.

A barely-habitable rock that the Children of the Vault have made their homeworld. Pandora’s searing-hot deserts, vicious wildlife, and burgeoning bandit population have proved too much for all who have tried to tame the planet and exploit its resources. The ruins of Dahl, Atlas, and Hyperion facilities litter the landscape, inhabited by all manner of Skags, Rakk, Varkids, and Spiderants that are intent on eating and killing you. Usually in that order.