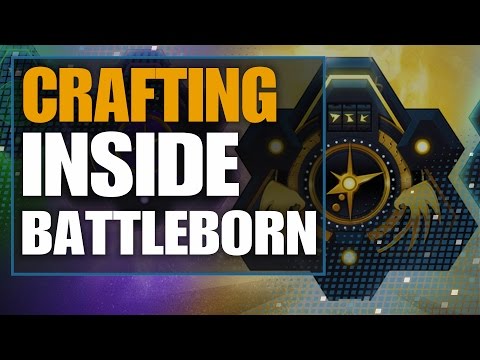 Early during the development of Battleborn i wrote a speculation article about potential crafting inside Battleborn. This was due to a post by the creative director on the old Gearbox forum. Randy started asking the community what types of loot we liked. After a few comments by the community Randy responded to them and even mentioned some of his own preferences. One of the things Randy mentioned was crafting and as he is the big man in charge of the game  this potentially could mean they are looking into that.  The first demonstration of Battleborn even put the players on a quest in search of minerals named shards.  This speculation on a potential crafting was liked by Gearbox staff members but on the release of the game it wasn’t something that made it into the game. But during my Pendles interview with the Creative Director i needed ask the question if my speculation about Crafting inside Battleborn was a thing or not. The answers i got from Randy were shockingly surprising to me.