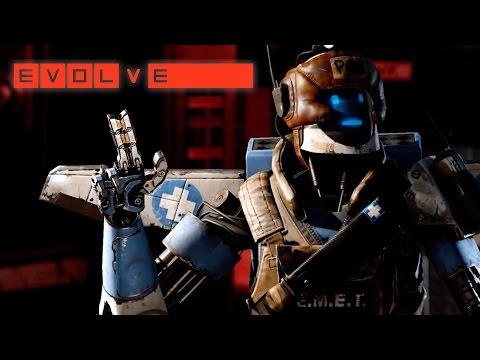 Emet is a repurposed medical drone that’s made ready for battle. Besides having your helpful healing set, this drone carries an explosive arsenal.

Replay Cannon – Emet fires an explosive dart that tags a target and rapidly fires several homing missiles at its location.

Healing Buoys –  Emet can deploy a buoy on the battlefield that regenerates nearby allies.

Respawn Beacon –  This teleports fallen hunters directly from the dropship to the beacon and reduces their respawn time to a mere 30 seconds.