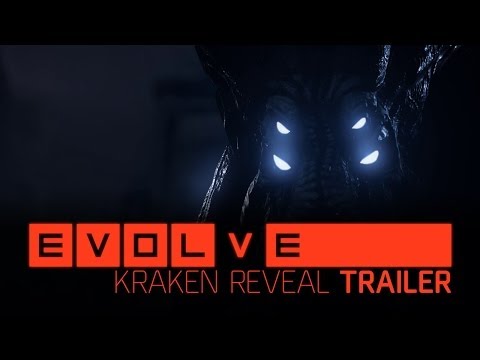 Get ready for a new monster in town, the fearsome  Kraken. It  is the second playable Monster in Evolve, that sets players in a  4 versus 1 battle. Play as one of the hunters or as the monster. The Kraken has a bit less health than the Goliath but is a more ranged fighter. With it’s flying ability the Kraken can take down the hunters in mid-air as one of his special abilities is a lightning strike. A powerful blast that  is a force to be reckoned with. Other abilities are  Banshee Mines,  Aftershock &  Vortex.

I also made a wallpaper based on the Kraken. You can download the Kraken Wallpaper in the Download section.