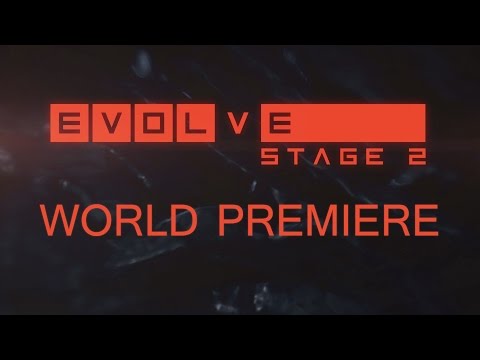 Evolve is being re-released as a free to play game called Evolve Stage 2! StealthShampoo has an exclusive breakdown of gameplay changes, improvements, and updates in The World Premiere Breakdown! For a full list of gameplay changes check out this massive list of the Release Notes (2.00)

Gameplay is one of the most important aspects of Evolve: Stage 2. Games are faster than ever; they require less running and give all players a sense of direction during gameplay. We redesigned Hunt to eliminate the “Flee ‘Til 3” tactics and put the focus back on the action.

The Mobile Arena is moved off the Trapper and is now a team-wide ability for Hunters. The Shared Dome is a critical part of the Evolve: Stage 2 Hunt experience.

With the launch of Evolve: Stage 2, we revisited almost every visual effect in the game and spent countless hours polishing four hand-picked maps for Hunt gameplay.

Arguably one of the most important parts of Evolve was and always will be the maps. We redesigned and rebuilt the four best maps for the new gameplay we’re bringing forward to our community in the update.

With a big focus on getting players into games and more fights instead of running, we’ve revised the whole design of Hunt.

Unfortunately, Behemoth currently has some issues we’d like to tackle and needs some pending refactors before we feel comfortable having players unlock him with Silver Keys. If you already own Behemoth, he is still playable on your account but any player who did not purchase Behemoth before the launch of Evolve: Stage 2 will not be able to unlock Behemoth until we re-release him. Bob will be back soon!

We have removed Defend, Nest, Rescue, and Evacuation from Evolve: Stage 2. These modes can be found in Legacy Evolve which is still available for players who previously owned Evolve on Steam.

One of the big focuses for Evolve: Stage 2 was creating a stable gameplay experience and overall more stable Evolve. With hundreds of bug fixes that have gone in over the past months, here are some of the big community facing issues you may have ran into while previously playing Evolve.