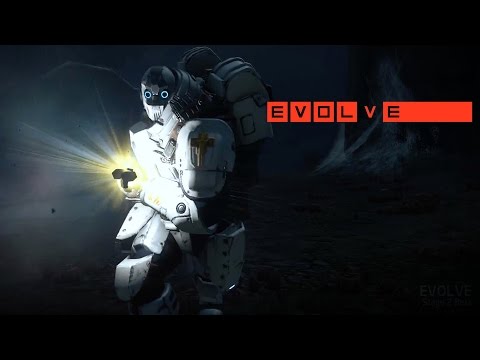 Before he wore the Berserker Suit, Parnell tested a rarer prototype. The Paladin Armor. The battle-medics of the Rage Trooper division!

Activate for a huge self-heal.

A short-range shotgun that lowers your Heal Burst cooldown after hitting a target.

These rockets explode in a small area healing for a large amount.

Of the many experimental battle suits within the Rage Trooper division, the rarest is the field-medic. The Paladin Armor.

Built by the Rank-Rajat corporation using their prototype Vivatech regeneration field, the suit was intended to break Salveron’s monopoly on the Generyst formula. It proved effective but expensive, and the subjects were prone to fatal mutations.

The Berseker Soldiers eventually sabotaged the Paladin suits in a rare instance of mutiny. But while they lasted, they were state-of-the-art in field support.