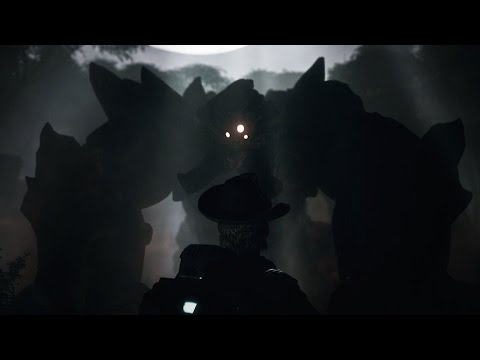 Turtle Rock Studios have unveiled their fourth Monster for Evolve, the Behemoth. As the development team has pushed the scale of this beast it’s the largest Monster available in Evolve.

Actually, it’s so large and heavy that this Monster can not run. Instead, it will roll up like a giant builder and roll across the environment.

Everything the hunters have learned from their previous encounters with the other monsters, the Goliath, Kraken, and Wraight, will not imply on the Behemoth.

As this 4th monster may not move quickly across the battlefield as the Behemoth has the largest amount of health and shield, it’s a real juggernaut and can take a punch. Because of the huge scale of the Behemoth, it’s not able to jump or run, he is still able to climb on walls. But rolling like a builder is a good option to move faster.

Lava Bombs: Effective at short and long-range, these mortar bombs shatter into fragments and continue to burn the area around them, including any Hunters who find themselves in the damage radius.

Rock Wall: Creates a large, semi-circular rock structure that either traps victims inside with Behemoth or locks them away from attackers.

Tongue Grab: Behemoth uses his harpoon-like tongue to snatch a distant target and pull it into melee.

Fissure: A wave of destruction blasts out of Behemoth, fracturing the terrain and scalding and stunning everything in its path.