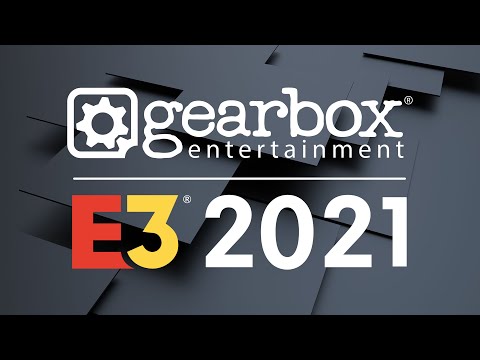 Randy Pitchford head of Gearbox Entertainment showcases what the company has been working on and what’s to come in the near future.

I’m actually surprised by the amount of time they spend on the Borderlands movie. In my prediction blog, I thought the focus would be on Tiny Tina’s Wonderlands and I thought Gearbox Publishing would come with more announcements.

Personally, I would have liked to see more of Tiny Tina’s Wonderlands. But I’m probably one of the few people that’s up-to-date on all Wonderlands info. There was very little new info during this presentation. The new screenshots looked cool and they probably don’t have much to show right now as the game is still heavy in development. But I would have preferred to see a camera fly through the environment.

Godfall for PS4 isn’t something you would expect at E3. The expo is known for new releases on new hardware. Having a PS5 game makes its way to the PS4 feels off. That said, it’s probably a good commercial decision. PS4 has a very big user base and there is still a PS5 shortage. It’s good to see more awesome content coming our way.

With the Borderlands Movie segments, they really wanted to show everyone is committed to making an awesome movie. Randy reinforced that this wasn’t just a quick money grab by the studios involved as some video game movies from the past were kinda lackluster. Kevin Hart knows that people are complaining about his height and his typecasting. But as Kevin said, folks haven’t seen what he has done to prepare for this role and what he can do. Bruce Willes was once also a guy that did comedies before he became an action hero. Folks laughed at the Die Hard Trailer when seeing Bruce Willes in the role. I’m still looking forward to the movie but also they could have shown a bit more than just the back wall of the sound stage. Maybe if they saved those silhouette photos for E3 it would have had more impact.

Sorry, I’m not into Tribes of Midgard or Homeworld 3. I really wanted to see more games but production is though working from home. It’s good to see some parts of the world are opening up. That said, stay safe everyone!