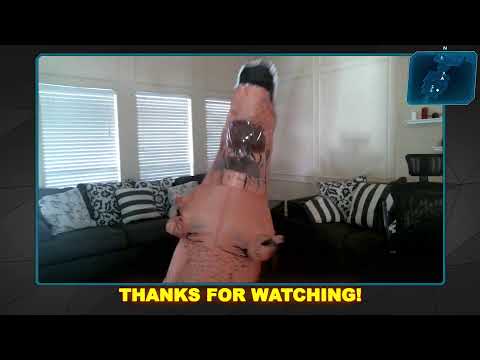 Gearbox Software announced that they will be part of PAX Online. Since COVID, a lot of public events are transformed into an online event. Gearbox always has a strong presence at PAX events. They have done a lot of big announcements during their main theater shows. While this year, the stage is a bit different, Gearbox is still bringing the big guns. Because during this digital showcase they will reveal what’s coming next in Borderlands and from Gearbox Publishing. So tune-in on September 12th at 12:45pm PDT/3:45pm EDT/8:45PM BST.

The current Borderlands 3 roadmap as we know it is ending. With Psycho Krieg and the Fantastic FusterCluck one week away, all 4 story campaigns that are included in the season pass have been released. This leaves us with the question; what’s ahead? What can we expect from Borderlands 3 at this point? Seasonal events that will make their return. You probably want a new Fearmonger or Ghast Call.

Randy Pitchford has been teasing that they are working/looking into making more content beyond DLC4. He mentioned this in chat during one of Ki11erSix’s live streams. Gearbox and 2K didn’t have an official announcement just yet, but he said they are almost ready to talk about it. Having a big event to roll out your announcements does boost the reach of your message. A few weeks later Randy asked on twitter what type of content folks would like to see “IF” they were going to make more premium content. This resulted in a lot of replies mentioning; Raid Bosses, Head Hunter Packs, New Slaughter Domes, and anything at the level of the ‘Revenge of the Cartels’ event.

It’s noticeable that the Borderlands Stream Team is now the Borderlands Content Creator Team. This opens up the team to a lot more awesome creators, other than just (twitch) streamers. This suggests to me that if “marketing” can afford this support, they are definitely planning for a “Year 2” for Borderlands 3. You aren’t going to revamp your influencer marketing strategy without any benefits. I know the folks at 2K are awesome but they also have to run a business, so it also has to make sense from that standpoint as well.

Gearbox is more than just a software developer these days. They also have a publishing department that helps other studios get their games into the market. With the announcement of the Gearbox Digital Showcase a few other social channels hooked onto the Hype.

Risk of Rain 2,said they will be there. I don’t really follow this game but I expect they will have another big update on the horizon.

Godfall also mentioned they will be present at the event. Godfall is a Looter-Slasher that is developed by Counterplay Games. Personally, I’m very interested in this game as it is a hack ‘n slash game with loot mechanics like a ‘Borderlands’ type of game. This game is set to release alongside the PS5. So if Sony announces the release date for its newest console, then Gearbox Publishing can reveal the launch date for Godfall. There will probably be a trailer and hopefully, they will go deeper into the crafting and character skills.

Tribes of Midgard announced their presence. This is also a PS5 game.

There was no word from Duke Nukem or Homeworld. I did see a lot of requests for a new Brothers in Arms game. I know Randy has mentioned that they would want to release a new game in that franchise under the GBX Publishing flag. But I haven’t seen any hints/activity about that series.