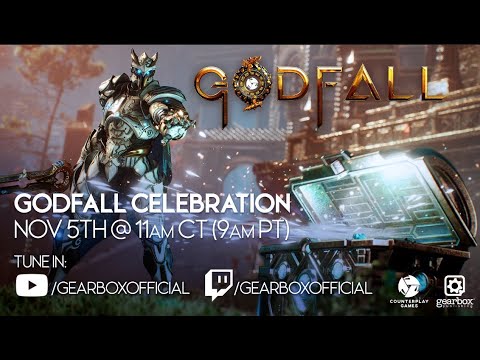 Tune into the Godfall Celebration! We are revealing brand new PS5 gameplay as well and sitting down and chatting with Arekkz & MyNameisByf to answer some of your questions!

Learn a lot about Godfall in this developer Q&A as the team goes over various elements of the game. Loot, Leveling, Lore, End-Game, and much MUCH MORE.