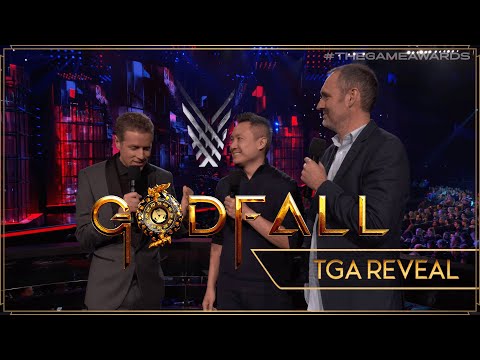 During The Game Awards, Godfall got revealed to the world. It is a Looter-Slasher developed by Counterplay Games and published by Gearbox Publishing.

This is actually the first Playstation 5 game that has officially been announced. The name “Looter-Slasher” is a take on the “Looter-Shooter” genre, however, instead of using guns, the game will focus on melee combat.

Godfall is an action role-playing game where you take on the role of one of the last exalted Knight’s Order. It is your mission to prevent a major apocalyptic event.

With this game, Counterplay Games wants to provide a fresh take on 3rd-person combat by rewarding skill-based offensive gameplay and making every hit matter. You can play as 1 of the 12 character classes. Depending on the loot you find and equip you can further customize your character.

Godfall supports single-player and up to 3 players in “drop-in drop-out” cooperative mode.