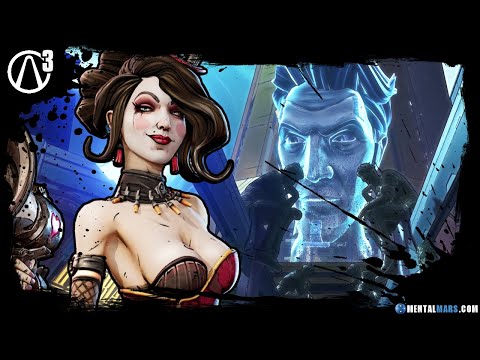 Ready to Bring Down the House, Suger!

Today Gearbox Software and 2K Games teased the first campaign DLC for Borderlands 3. On social media, they shared a video where we get a glimpse of the upcoming content. The full reveal will take place on November 20. This will be during the 3rd episode of the Borderlands show. There Randy Pitchford will talk about the campaign DLC and other exciting things that will be coming to Borderlands 3.

The location surrounding the Handsome Jack with Buttstallion statue looks to be an open combat area. You can spot a Radiation and a Cryo barrel in the background but also various Hyperion ammo chests. The big monitors displaying ‘DEPT LOSERBOARD’ gives me the impression of a combat arena.

While the theme and aesthetics of the trailer seem to be focused on Handsome Jack, it is Moxxi who narrates the teaser trailer.

Ready to Bring Down the House, Suger!

This line from Moxxi suggests to me that the first story DLC is more focussed around her than Handsome Jack. That said in Borderlands 2 we learned that Moxxi dated Handsome Jack, however, after she left him, Jack destroyed Moxxi’s Underdome arena. Will this DLC be some kind of payback?

During the Borderlands 3’s Masks of Mayhem Trailer, you could spot Handsome Jack’s mask. Randy Pitchford confirmed that Jack is 100% dead and no New-U station could bring him back. Will this campaign DLC feature Timothy Laurance as he is also featured on movie posters throughout the main game?