More Info
Home » News » How will the lootbox controversy impact the next Borderlands ? 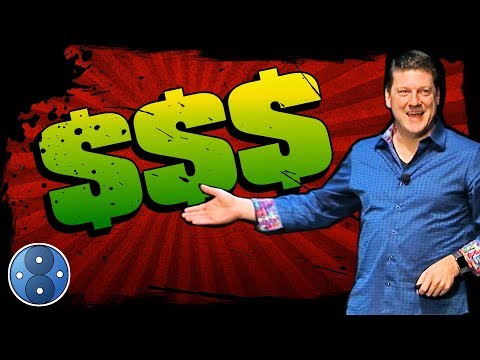 Randy Pitchford, President of Gearbox Software,  responded to a community question about a recent conference call from Take-Two Interactive. For those who don’t know Take-Two is the parent company of 2K Games which itself is the publisher of the Borderlands series. But in the conference call Take-Two CEO Strauss Zelnick spoke with investors and made it clear that, at least for Take-Two, the game industry is now all about “recurrent consumer spending” (aka microtransactions) rather than game sales.

Therefore the question is how this business model will affect or translate to the new Borderlands game. Randy himself gave some insight into this by referring to a quote from the conference call.

“It may not always be an online model, it probably won’t always be a virtual currency model, but there will be some ability to engage in an ongoing basis with our titles after release across the board. That’s a sea change in our business.”

This is great news because Gearbox Software did a good job of supporting those games with additional content. We just have to wait and see how they innovated on that. So will we be seeing more headhunter packs and premium cosmetic items on a frequent basis next to the season pass content?

Personally, I would love to see more headhunter packs as they provided a nice chunk of gameplay with a cool boss to fight. I don’t really care about cosmetic items but I have seen people go wild on new skins.

A Noteworthy thing is that Randy left out Borderlands the Pre-Sequel in his tweet. That would have easily fitted in there with the new 280-character limit on Twitter. However, fans were a bit disappointed in the Pre-Sequel DLC. But following up on the amazing stuff they did for Borderlands 2 it is a pretty high bar to compare with. However, business-wise it was probably the better business model, as sales were not as high as Borderlands 2.

The Lone Vault Wanderer and I did have this idea that the Golden Keys could be used as a microtransaction. Currently, Gearbox is giving out these SHiFT Codes that provide Golden Keys with which you can open the golden loot chest. We feared with the current lootbox controversy that Gearbox would be forced to follow in this trend.

What do you think about this news update, let me know in the comments below. Also if you have any specific questions about the next Borderlands game then check out the Borderlands 3 FAQ for a quick overview and links to in-depth articles on the most frequently asked Borderlands 3 questions.