HUB Sections
Home » News » It’s a good time to be a Borderlands fan! 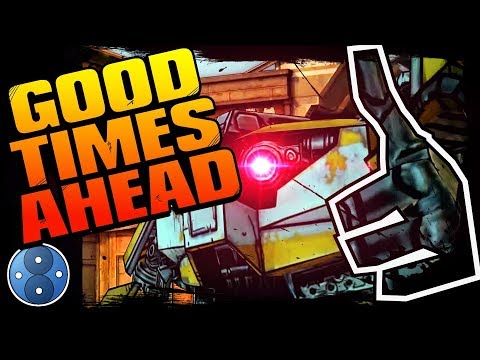 Last weekend you were able to play Borderlands 2 VR at Twitchcon as there was a playable demo in the Playstation Truck. Besides the game, there were also several Gearbox Software and 2K Games Staff members present at the event. During the weekend a message by @CrReaM popped up on the interwebs claiming “it’s a good time to be a Borderlands fan.” Because he was attending Twitchcon and because of all the current rumors, that Borderlands 2 & The Pre-Sequel are getting new DLC,  people started thinking he knew more about things to come. However, when Admiral Bahroo said the exact same sentence during his live stream I got suspicious.

The line “It’s a good time to be a Borderlands fan!” sounds a lot like a quote from one of the PR spokespersons that were attending the event. Eighter someone at Gearbox or 2K is teasing you and me by saying something but at the same time, he is saying nothing at all. We know that Gearbox Software and 2K Games are working on the next Borderlands game. This message at Twitchcon is fueling the HYPE. The question remains when can we expect the big news to drop? In the meantime, we can look forward to Borderlands 2 VR and keep an eye out on the Steam database to see what they are up to. If you want to get into the Borderlands 3 mood, you can always download one of my Borderlands 3 Wallpapers while you wait for the big announcement.